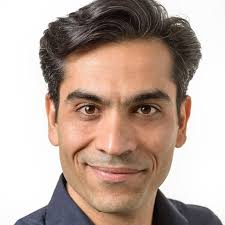 Understanding the interactions of matter at nano-scale has become the key for the success of several applications. In nanoelectronics or semiconductor industry, it helps for better manufacturing (higher resolution towards sub-10 nm structures, more complex structures) and reliable nanometrology and nano-inspection (for improving the yield of process). One of the NOMI to probe the interactions at nano-scale is scanning probe microscope (SPM). The ability to accurately measure critical dimensions in nanometer scale, has made it an important instrument in several industrial applications such as semiconductor, solar and data storage. Single SPM has never been able to compete with other metrology systems in throughput, thus has not fulfilled the industry needs in throughput and cost. Further increase of the speed of the single SPM helps, but it still is far from the required throughput and, therefore, insufficient for high-volume manufacturing.

The first part of my talk presents the development of a mechatronics concept for a multiple miniaturized SPM (MSPM) heads system (parallel SPM), which can inspect and measure many sites in parallel. The system further will be commercialized by NOMI’s Spin-off company, Nearfield Instrument. Furthermore, a subsurface probe microscopy technique, called Subsurface Ultrasonic Resonance Force Microscopy (SSURFM) is developed, to imaged buried nanostructures under various layers and materials. The theoretical and experimental results of the SSURFM will be presented.

Speaker Biography
Dr Sadeghian received his PhD (with honors) in 2010 from Delft University of Technology. He continued his career as a Postdoctoral fellow, developing several sensing and instrumentation methods. In 2014, he also received his MBA from Leuven Vlerick Business School, Belgium. He was also co-founder, CTO and Managing Director of Nearfield Instrument B.V., to industrialize nanometrology equipment for the Semiconductor Industry. In addition to his work at TU/e, Dr Sadeghian is currently Scientific Director and Principal Scientist of NOMI program at TNO, where together with his team, he invented and developed the parallel AFM as a sub-nm, high throughput metrology and inspection solution for Semicon market. He holds more than 40 patents, and has authored more than 70 technical papers and co-authored a book. He is a member of editorial advisory board of Sensors & Transducers Journal. He is also a member of technical committee of SENSORDEVICES conference since 2010 till present. He is also a recipient of several best paper awards. In 2012 he was awarded the title ‘TNO excellent researcher’.

About the Author: Michael Ruppert

Michael Ruppert is a Postdoctoral Research Associate with the School of Electrical Engineering and Computing. His research interests include the control, estimation and self-sensing of microelectromechanical (MEMS) systems such as piezoelectric microcantilever and nanopositioning systems for multifrequency and single-chip atomic force microscopy.